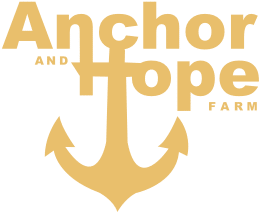 From the family of Champions Chief’s Crown and Chris Evert.

First foals to race in 2021 have produced 66% winners and 33% stakes performers. Not only does Editorial bring the hot Uncle Mo element, having a son of War Front to add the iconic Danzig line completes our great stallion roster.

Out of the stakes-placed Arch winner Playa Maya and bred in Kentucky by the Playa Maya Syndicate, Editorial was retired to stud with one win and a second-place finish from two starts. His victory came in a 7 1/2-furlong race on the Gulfstream Park turf in 2017.

Fortune Ticket was initially raced by his breeder, Three Chimneys Farm, where Gun Runner will stand in 2022 for $125,000, stands and nurses. Fortune Ticket was a multiple winner at 3 who ran a 7 on Thoromanager. He was a determined front-running winner of a maiden special weight at Lone Star Park at 3 for Three Chimneys and trainer Steve Asmussen, prevailing by a head as he completed a mile in 1:39.41. That season he also captured a one-mile allowance race at Remington Park, where he rallied from fourth and held off a late-running rival by a neck in 1:38.40.

Both Fortune Ticket and Gun Runner are produced from the grade 2-winning Giant’s Causeway mare Quiet Giant . The mare is a half sister to 2005 Horse of the Year and champion older horse Saint Liam, as well as 2018 United Nations Stakes (G1T) victor Funtastic.

Fortune Ticket will stand for an advertised fee of $2,500, stands and nurses—just 2% of Gun Runner’s advertised 2022 stud fee.

By Horse of the Year A.P. Indy and classic winner of $2,979,815 including the Belmont S. Long River is the last G1 son of A.P. Indy to retire to stud. He won the G1 Al Maktoum Challenge Round 3 and placed in the G1 Jockey Club Gold Cup Stakes, Hagyard Fayette S G3, and Excelsior Stakes G3. Long River ran a 107 Beyer and his Equibase Speed figure of 124 is the highest dirt figure for all Maryland stallions.

We offer a broad range of services including stallion management, breeding, foaling, mare and foal care, layups and sales prep. We renovated our facilities in 2018 including a new barn, breeding shed, stallion barn and Kraft Walker.

Our facilities include a renovated breeding shed and stallion bar with top-notch, round the clock care by our expert breeding staff to ensure the safest delivery for your mare and foal. We have spacious pastures for the gestational period and a renovated foaling barn.

We offer board for year round and seasonal mares and foals, yearlings and layups.

Anchor and Hope foals seasonal and year round mares. We have a renovated foaling facilities and decades of experience. Our foaling barn has 12 x 24 floor to ceiling paneled stalls with 24/7 video monitoring.

Speak to one of our breeding specialists to schedule a visit to the farm.